The human race is rapidly moving into a new era of digitization of everything around us, which involves taking data from the physical world and using artificial intelligence (AI) to make better decisions. An example of this is self-driving cars, but the basic concept is spreading to all different aspects of human behavior, to the point where we’re on the cusp of a new industrial revolution and, ultimately, a huge shift in the way we and the machines we rely on interact.

The latest Industrial Revolution, enabled by digitization, is clearly underway and accelerating:

Right now, this revolution is at risk of stalling a little, because it’s dependent on data scientists to create all of the necessary applications, and there simply aren’t enough of them to meet the enormous level of demand.

Geminos makes it much easier to create a ‘digital twin’ of things in the real world, and then build applications that can all talk to one another due to their consistent architecture. The facilitated communication between those applications allows for a much higher level of optimization across entire ecosystems (e.g. Smart Manufacturing production lines, Smart Cities, etc.). Using this approach, the productivity of data scientists and other developers is greatly improved, enabling them to create the next generation of applications.

“Using the Geminos approach and platform means that we can deliver high quality AI-driven applications quickly and reliably – and all at reasonable cost.” 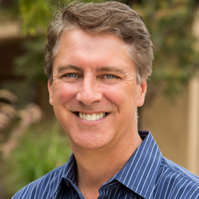