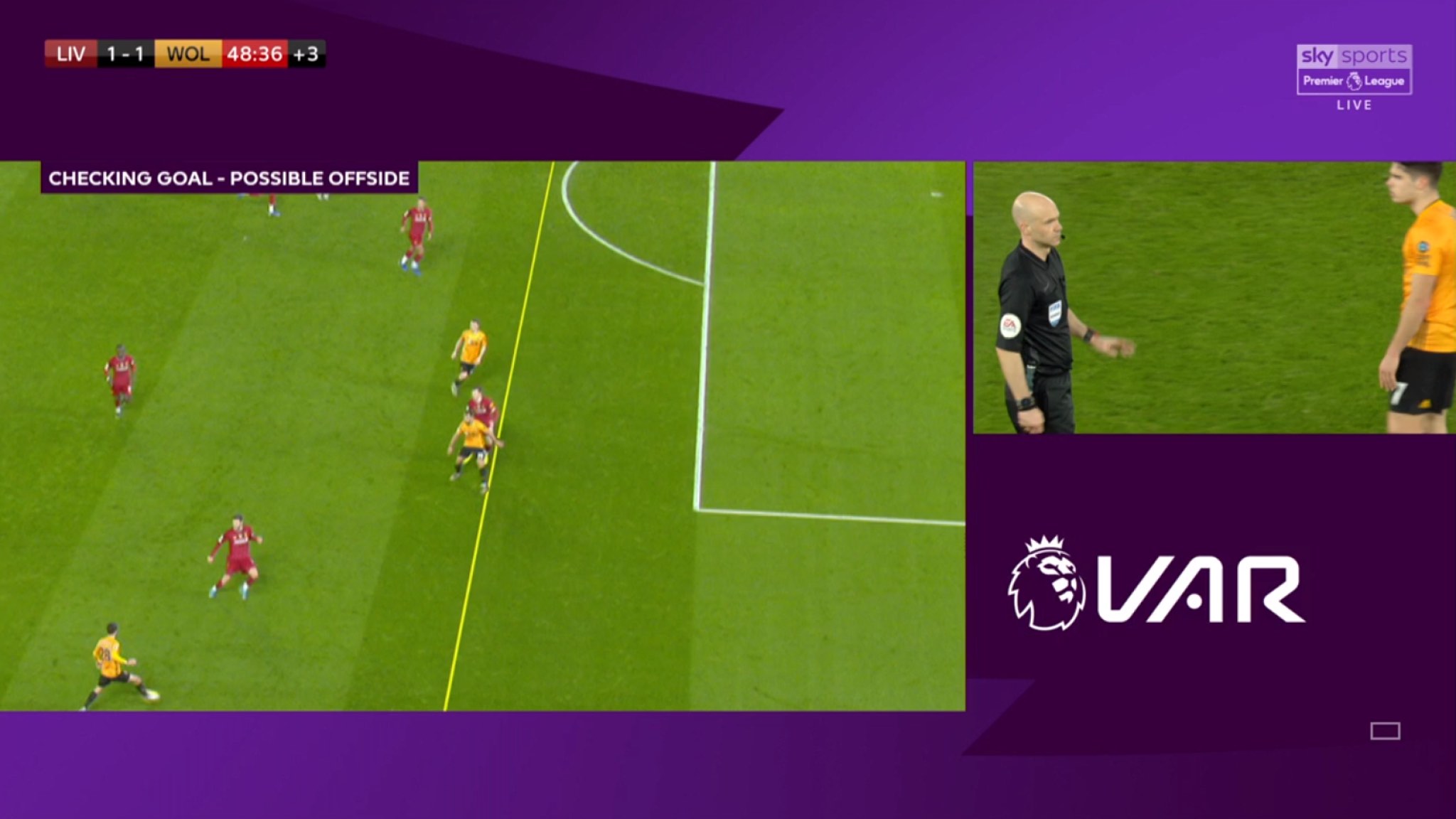 Why listen to me?

My name is Stuart Frost and I’m a technology entrepreneur based in Orange County, California.  I’ve founded over 30 companies in the high-tech world over the length of my 30-year career and helped numerous other startups with advice on funding, structure and other counsel you only learn through having done it all before.  You don’t last this long without learning a few things and I’d like to think I’m at my best having been ‘seasoned’ with ups and downs.

Like most people that grew up in England, I’m a big soccer/football fan and my favorite team Liverpool is flying high right now as European and World Club Champions. They are also top of the Premier League (PL) by a mile at the halfway point of the season.

During the recent match with Wolves, a goal against Liverpool was ruled out for offside by the Video Assistant Referee (VAR), which has been a very controversial addition to the PL. Even though it was a great decision for my team, I think the technology is being misapplied, because you can’t add in more accuracy via a precise measurement if the underlying data isn’t accurate enough in the first place.

When the VAR looks at the screen to see if the attacker is past the last defender but one when the ball is played to him, he/she sees a screen image that is frozen at the time the ball is struck. The VAR draws lines down from the parts of the bodies of the defender and attacker that can legally play the ball (i.e. no arms or hands). The technology then inserts lines across the field to show which one is closer to the goal. If the attacker is closer, it’s given offside. On the VAR’s screen, the lines are just one UHD pixel wide (around one fifth of an inch in most cases), so they think they are able to be very precise. It’s not uncommon for the VAR to take a few minutes for the process, drawing multiple lines before making a decision. In the case of the Liverpool vs Wolves game, the VAR decided that the attacker’s foot was an inch or so ahead of the defender’s armpit and therefore ruled out the goal that followed on from the offside decision.

There are three problems with this:

For all of the above reasons, the underlying data simply can’t be accurate to more than 3-6 inches. It would therefore make sense for the VAR lines to be at least 3 inches wide instead of one pixel, so this underlying inaccuracy is taken into account. An offside decision would then only be given if the two wider lines don’t overlap.

The result would be that decisions were roughly right instead of precisely wrong, which is surely more in keeping with the spirit of the game. It would also lead to more goals and shorter delays for the VAR reviews.

How does this apply to my startup?

Every startup should have at least a basic financial plan that shows how many resources it will need to reach various levels of revenue and profitability.

It’s not unusual to find that a startup’s leadership team has spent countless hours building a huge spreadsheet, trying to be as precise as possible in all of the numbers involved, with the goal of ensuring that their forecasts are accurate. They add in complex calculations for travel, mobile phone costs, laptops, healthcare and office space. In my opinion, this is a complete waste of time and actually negates the true purpose of the plan by making it so unwieldy that it’s useless when it comes to driving business decisions.

The ‘tell’ that this is happening is when the team proudly walks you through their model for the first time and you see that they are expecting to grow at 200% and hit a net profit of more than 30%, which is wildly unrealistic. This is a classic ‘wood for the trees’ problem and is all too common.

The fact is that most of the costs for a software startup are dominated by salaries. In the early days, one or two additional hires will throw your model off by 10-20% and dwarf any inaccuracies in your assumptions about peripheral costs such as travel. So, the first lesson is to avoid trying to build in more accuracy than necessary. Keep your model as simple as possible, including reasonable assumptions about salaries and added costs per employee.

It’s also critical that your model allows you to easily change the main ‘levers of the business’ so you can see what happens. Remember that change is the one constant in a startup. If your model is too complex to allow for rapid ‘what if’ analysis, it’s unfit for purpose.

Here are the main levers that I think about in a software product company:

Make sure you can easily change all of the above without having to make a lot of changes to different parts of the model.

Lesson 2: Make sure you can easily adjust your key levers and quickly see what happens

It’s important to make sure that your model is a realistic ‘shape’. Look at comparable companies to see where you should be at a particular point in time. A great way to find relevant data is to look in the S-1s of similar companies that have gone public and check out their profit and loss statements for the years prior to the IPO. If your comps were spending 60% of revenue on sales and marketing and 25% on engineering when they were growing at 100%, it’s very unlikely that your metrics will be much different. Even if you believe you can do better, don’t build that into your model! It’s an unnecessary red flag for investors that will lead to a lot of questions and undermine your credibility. It also takes focus away from the story about your vision, which is never a good thing.

Lesson 3: Make sure your plan has a reasonable ‘shape’ relative to comparable companies

Finally, and most importantly, you need to bear in mind that your revenue forecasts are basically mythical. For an early stage company, it is simply not possible to accurately forecast when your first sales are going to happen and how big they are going to be. The best you can do is to make reasonable assumptions and make sure you can back them up.

The level of uncertainty in your revenue (and therefore cash flow assumptions post revenue) dwarfs anything else in your model, which is yet another reason to focus on being roughly right on your expenses, rather than wasting too much time on false precision.

Lesson 4: The only thing you know for sure about your revenue projections is that they are wrong

A financial model is supposed to be a tool for you and your team to plan your business. If it’s overly complex and unwieldy, you will not be able to quickly iterate through what if scenarios as you make what could be critical business decisions. Also, you have better things to do than spending hundreds of hours in Excel.

And then spend the time saved talking to customers!

Stuart Frost has 30 years’ experience in founding and leading successful data management and analytics startups. He has raised over $300m in funding and founded/co-founded 30 startups. Successful exits have included IPOs and acquisitions, including one by Microsoft.

In the last eight years, Stuart has created and incubated some of the leading companies in the IIoT market, including Maana (IIoT knowledge platform), OspreyData (oil and gas analytics), NarrativeWave (wind farm analytics), ThinkIQ (food traceability) and SWARM (AI agents for IIoT). During this time, he saw the market go from its very early gestation to the point where major industrial companies are starting to make significant, long term commitments to digitization. Through this unique experience, Stuart has developed deep knowledge of the market’s needs and how to successfully create and sell key technologies to meet those needs.

His latest company, Geminos Software, has created a platform that is designed to improve productivity of developers building AI-driven analytics by 10X.